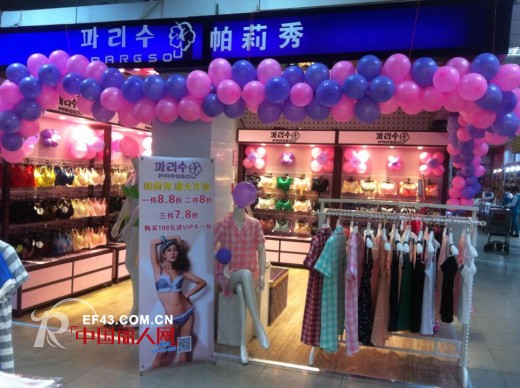 "Paribou show" started its entry into the Chinese market on the basis of opening its first self-operated shop near Beijing Road, a well-known commercial street in the PRC; and intensively making its market in Guangdong Province, it has established "Paribushu" within three years as a well- Underwear chain brand, and was China's brand chain as "China's most fashionable underwear chain brand in 2009 and Parry show and urban beauty, the new feeling, Qian Shi Er also by the Chinese underwear fashion magazine as" the best venture Underwear joined the brand. 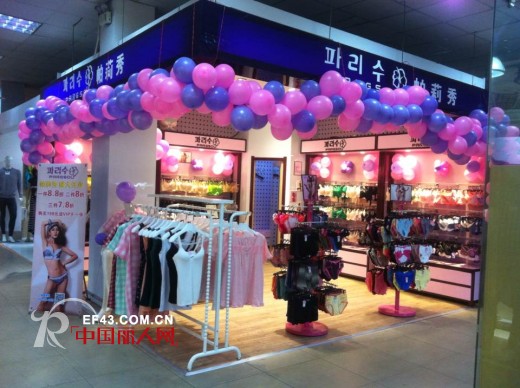