If Dior first sold the handbags on WeChat as the key time node in the first anniversary of 2016, the luxury brand Tanabata digital marketing has entered its third year.

In the absence of any signs, on the early morning of August 1, 2016, French luxury brand Dior released a message on its official WeChat public platform, online boutiques released Lady Dior Small handbags Tanabata limited edition, becoming the first domestic line The luxury brands that bought the handbags on the opening also officially opened the prelude to the digital marketing of the luxury brand Tanabata.

In addition to Loewe and Tmall in cooperation to launch the special style of Tanabata, the rest of the brands are sold in the form of WeChat online mall. With the fact that WeChat has become an important platform for luxury brands to disseminate information in the Chinese market, selling handbags online has become the most important feature of last year's Tanabata marketing.

This year, new brands have been added to the battle, and brands that have joined have tried to play new tricks. Luxury brands not only continue to expand the marketing of Tanabata online, but also have some subtle changes in their means.

According to statistics, the brands of the Tanabata series have been released including Dior, Givenchy, Michael Kors, Valentino, Bottega Veneta, Fendi, Miu Miu and Loewe. Compared with last year, this year, the brands took the lead and launched the Tanabata products more advanced. On July 23rd, the Valentine's Day limited edition of Valentino was the earliest released brand, which was nearly one earlier than the Valentine's Day on August 17th. month. 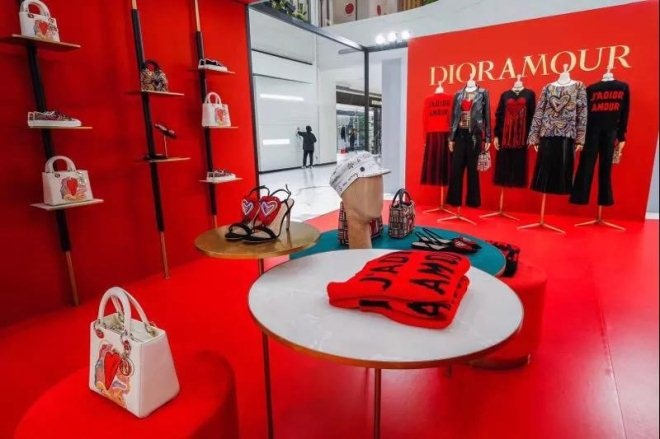 Dior's Pop up Store in SKP, Beijing has officially opened, and the Valentine's Day DIORAMOUR limited edition series is available for sale simultaneously with online boutiques.

Dior is still the biggest player on Tanabata this year. On July 31, Dior announced that the DIORAMOUR series of exclusive Chinese limited edition handbags was officially launched at Dior's WeChat app "Dior's Tanabata Line Premium Store". The handbag is priced at 34,500 yuan, supporting WeChat payment, the limited handbags are currently sold out online. 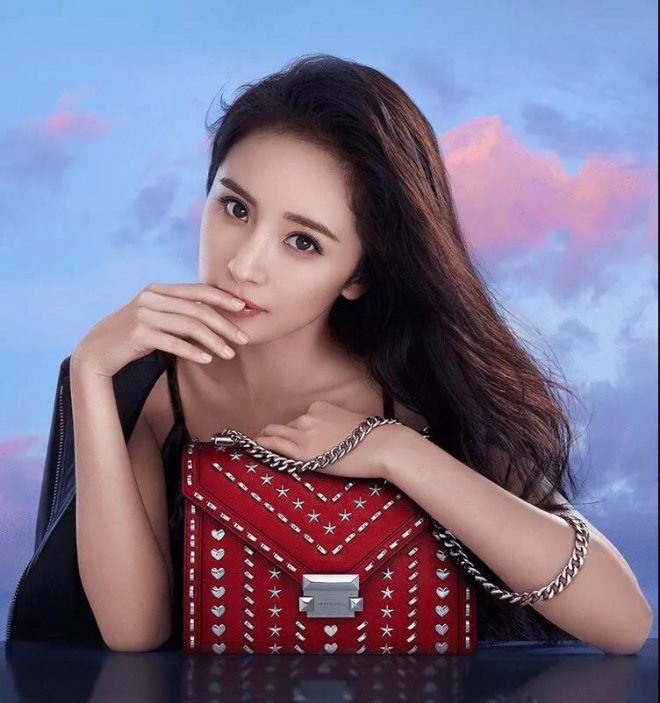 Following the good response of the Qixi handbags last year, Valentino's marketing efforts on the seventh day of this year are also in the forefront. On July 23, Valentino released the newsletter of the Qixi series, which was performed by Chinese ambassador Zhang Yixing on the WeChat public account. Two days later, it was released on the WeChat applet named "VALENTINO Tanabata Limited Series".

The limited collection is no longer limited to last year's monochrome handbags, but also includes lower-sports sneakers and T-shirts, as well as a variety of handbags, including the classic Rockstud and Candystud. On August 1st, Valentino has announced that its online collections are sold out, with only a limited number of products sold in individual physical stores. 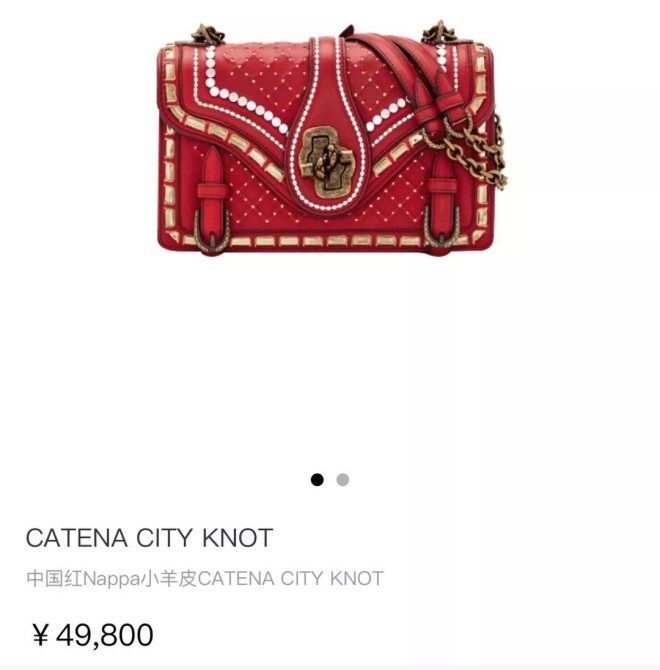 The picture shows the Bottega Veneta Tanabata limited handbag with a price of nearly 50,000 yuan.

The Dior, Michael Kors, Valentino and Bottega Veneta all chose to set up special small-time limited-time shops for the Tanabata series, becoming the biggest highlight of this year's luxury brand Tanabata marketing.

As the potential and imagination of the WeChat applet became clearer, its functionality began to be favored by luxury brands. As far as Qixi Marketing is concerned, the features of the small program that is ready to use just meet the needs of luxury brand time-limited shops. The lightweight small program restricts the store not only in the user interface, but also reduces the steps for consumers to reach the purchase page. It also enables the brand to separate the complicated marketing activities from the official brand account to better maintain the brand image.

On the other hand, the modularity of the small program is also more convenient for the brand to integrate the small programs of different functions into a matrix, and then the connectivity of each module. For example, Michael Kors just launched the e-commerce applet MICHAEL KORS two weeks ago, forming a small program matrix of three major modules: brand activity, e-commerce and membership services. The main small program of e-commerce can be connected to other small programs, including the Tanabata limited time WeChat applet. 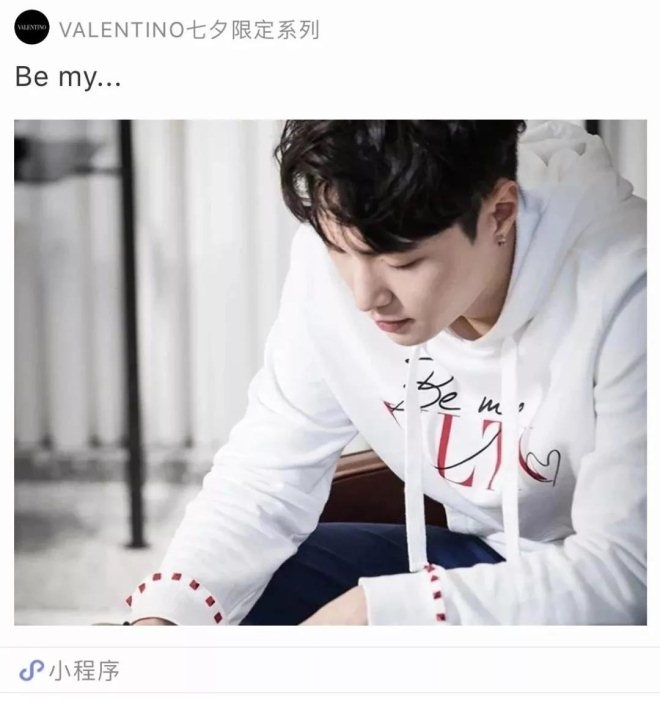 Unlike a simple e-commerce platform, small programs can combine video content, H5 advertising and other content forms with â€œselling goodsâ€, which is more in line with the brand's external communication. For example, the Dior and Michael Kors applets set up video clips on the arrival page, and Valentino set up a jigsaw puzzle game before buying the page.

It is conceivable that future small programs will be increasingly applied to more market activities besides Tanabata, especially for instant activities such as flash-up.

In fact, as early as last year when Loewe launched a limited edition handbag at Tmall, Tmall also proposed the concept of online luxury flash shop. The cooperation with Loewe is the first cooperation between Tmall Space luxury flash shop and luxury brand. However, as luxury brands focus on marketing and content production on WeChat, especially the WeChat e-commerce potential is constantly being developed, the small program becomes a platform more suitable for flash form on the functional level.

Surprisingly, Loewe, who took an important step in e-commerce last year, although this year gave the new handbags Gate a meaning of Tanabata in the promotion, but did not open the online purchase channel of the handbag in China, nor did it last year. The same as the special gift bag of the Tanabata. ChloÃ©, which launched the special gift bag of Tanabata last year, still has not released any information about Tanabata, and is likely to withdraw from this year's Tanabata marketing. Although Fendi has launched a pink-themed Tanabata limited series, it has not yet released the release channel information, and whether it is released online is still unknown.

Judging from the marketing performance of the Tanabata brands of this year, the market has entered a more rational stage from the online sales of handbags and sales data of last year.

This is reflected in the brand's choice of Tanabata's limited product categories, rather than placing bets on individual and handbags. At the same time, the brand began to use the technology products such as small programs to better serve the marketing. The Dior and Michael Kors brands also extended time-limited stores to offline, broadening the depth of the Tanabata marketing.

In addition, the demand for luxury brands on the Tanabata began to differentiate. The brands represented by Dior and Valentino have already adopted Tanabata as a marketing focus. Their ambition is to help the brand further enhance its popularity and reputation. This year, it joined the Qixi marketing but the conservative performance of Givenchy. , Loewe and other brands, their products are mainly for handbags, so the purpose of Tanabata marketing is ultimately to promote new sales. Some analysts also said that if Dior chose the latest saddle bag for the Qixi handbag, instead of continuing the previous Lady Dior style, it may bring more exposure and performance boost to the brand.

Overall, the popularity of Tanabata marketing is constantly improving every year. According to the news obtained by the fashion headline network, more than 20 luxury brands including Chanel, Valentino, Bulgari, ChloÃ© and Tissot were placed in the circle of friends during the Tanabata last year.

The rise of festival gifts and self-respecting culture in the Chinese youth market has provided the soil for luxury brand Tanabata marketing. The consumerism culture of Valentine's Day couples giving each other gifts is also constantly rising under the instigation of the mass media. The festival's gift-giving special event, Tanabata Marketing, has helped. With the popularity of â€œcutting happy, buying bagsâ€ and â€œcovering all kinds of diseasesâ€ in the Internet in China, handbags and lipsticks have become the hottest two categories of social media topics. There are also a group of consumers with superior economic capabilities who are pursuing individualized products, not satisfied with ordinary handbags, and also beginning to pursue limited handbags.

In addition, Valentine's Day Valentine's Day happens to be located in July and August. Luxury brands often reserve enough preparation time for the Tanabata special project when making annual plans. According to industry insiders, some luxury brands have already regarded Tanabata as the event. The most important project of the year, the preparation period is up to six months. And the February 14th Western Valentine's Day is often the node of the annual plan update before and after the Spring Festival, although it is also very important, but it does not dominate the preparatory cycle.

From a more practical level, Tanabata marketing is the most intuitive embodiment of the creativity and execution of the luxury brand Chinese market team. In the past, the Chinese market team, which was under the strict control of the headquarters, often gained greater autonomy in Tanabata marketing and made more innovations in marketing methods. Judging from the current practice of various brands, the speed of updating the marketing tools of Qixi is indeed getting faster and faster.

The benefits of this are obvious, because the brand's marketing test during the Tanabata period can provide reference for other brands' strategies and is more conducive to the brand's deepening in the Chinese market.

Not only that, Tanabata marketing also has important reference significance for the industry, and often most sensitively maps the current trend of the Chinese market. From 2016 to now, Tanabata Marketing has become a main line for luxury brands to test water and electricity suppliers. From WeChat online mall to small programs, from a few brands to scale effects, from single products to product series, many clues reflect the development path of China's online market. .

According to a survey of online shopping consumption in China published by KPMG, China's online and mobile luxury consumption has exploded due to the sustained and rapid growth of smartphone penetration. 45% of respondents said that most of their luxury goods are purchased through online channels. Among them, WeChat has become the largest mobile Internet portal for domestic mobile Internet. Obviously, luxury brands are beginning to look for market opportunities in this field.

As more and more luxury brands begin to take advantage of the Tanabata opportunity to launch water-based online sales while launching limited-edition products, the Chinese market has officially begun to catch up with and even lead the global luxury industry trend, which is the future of China's luxury goods industry. Development will be more optimistic.