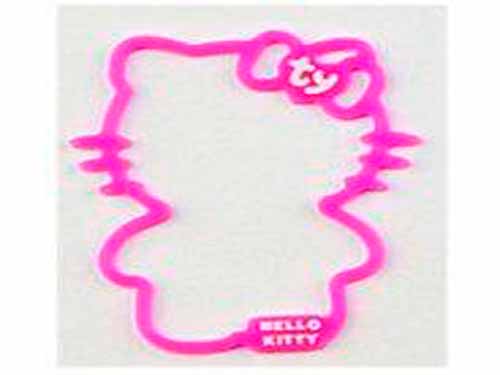 Rubber band bracelets are the most popular toys among young people in Europe and America. They are also the most favorite and most fashionable decorations for children. Recently, Sanrio's many cartoon brands, including Hello Kitty, will launch a rubber band bracelet, which is expected to be sold in the UK in mid-September.

The rubber band wristband began to originate in the United States. Silly bandz company in the United States sprouted creative ideas from Chinese toys, and was modified by Japanese designers to design this latest trending decorative toy. Silly bandz's rubber band bracelets are endless in color and rich in images. They choose images that children like, such as elephants, horses, butterflies, pigeons and other animals, crowns, princesses, castles, stars, crystal shoes and other girls princess series. Guitar, microphone, drums and other boys rock series. With Silly bandz rubber band bracelet becoming increasingly popular, all kinds of young brands and images have followed the introduction of similar products or original bracelet brands, such as Disney, the United States NBA, the world's largest children's community game Mosi monsters and so on.